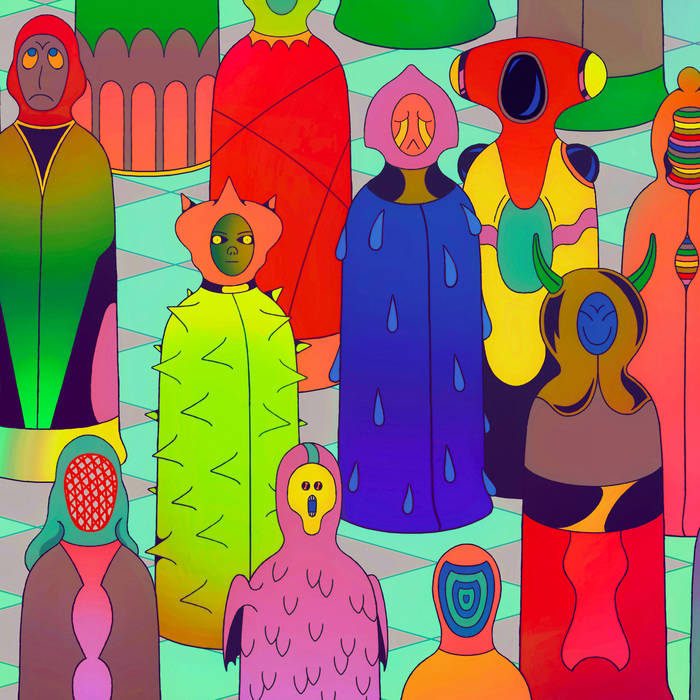 Oogo, Chomsky, Blanka and Mr Gib each have their respective side projects – some solo, some in a duo. Some are hidden in the shadow, others are well known.

But all of the four members share the same motivation and state of mind when it comes to focusing their energies on La Fine Equipe.

It was during their last tour that the first signs appeared. A vague sensation, an intangible presence that grew as their 5th Season album came to life on stage.

Without being oracles that are able to read the future in the mixer, the quartet felt the end of the world approaching. They felt the end of this everlasting cycle without knowing precisely what would happen next.

Not yielding to any irrational sense of fear or panic, the members of La Fine Equipe once again united in intense and productive sessions to materialize the ideas born from their live experience. Their goal : develop them, refine them and create cathartic tracks to get through the cataclysm.

Stir, dance, surrender. Let the rhythms decide the bodies fate and get lost in loops, in cycles…

The intro manifests as a call for calm, and the conclusion is filled with optimistic promises. This EP is a cycle that condenses the anticipatory questions of Gaël Faye, Madjo, Orifice Vulgatron, and Penelope Antena.

Productions are varnished by electronics – the groups hip hop base has mutated through phases of experimentation and eclecticism. The up-tempo beats and keyboard modulations warn of the fatal countdown, the countdown that brings people together towards the red zone, where a U-turn will no longer be possible.

Hermetic to threats, La Fine Equipe leads this musical road trip with the deep and tenacious conviction that, after the storm, everything will be reborn, in a better way.

Made of four beatmakers (oOgo, Chomsky, Mr Gib and Blanka), La Fine Equipe has been under the spot of the French electronic scene since the beginning. Well established in the hexagon, the four beatmakers drove the attention of medias and prescribers such as Arte, MixMag, Fact, Tsugi, Trax, Radio Nova or Boiler Room who invited us to represent the French electronic scene in Paris and London. ... more

Bandcamp Daily  your guide to the world of Bandcamp

New sounds from Mavi, Ivy Sole & Moderator, plus AJ, the One joins the show, for her latest release